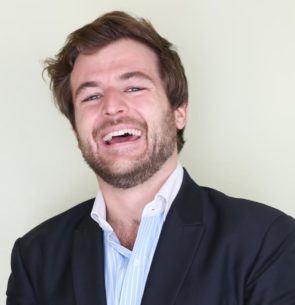 Happiness, passion + purpose, and company culture have been a part of Carlos’ journey from the beginning.

Carlos decided to dedicate his life to making people happy after one life-changing trip, sailing across the Atlantic with a few close friends and family members. Throughout the journey, he took time to learn about himself by reading great books, enjoying meaningful conversations, and simply staring at the brilliance of the stars. When this trip was over, he took his mission to India, where he felt happiness could make the most impact and combined volunteer work with human resource consulting. This work led him to more deeply consider what determined happiness from one person to another? And how could he make a difference?

Answering that question led Carlos to Grupo CMR, one of the first HR consulting firms in Spain. Carlos helped grow the company as a Sales Consultant Innovator, a role in which he created and implemented several customer service, sales, and leadership development projects.

Driven by his joint passions for personal and organizational happiness and success, Carlos began collaborating with Delivering Happiness, quickly becoming a vital member of the community. In 2011, he joined the DH team and helped create our foundational Make Happy Work (TM) model. In 2012, Carlos launched Delivering Happiness Spain as a vehicle to serve the Spanish market. He has been delivering happiness ever since.

Carlos is inspired most by Ghandi and Haile Selassie.

Something Weird That Makes Him Happy

Dancing has Carlos at his happiest, and he can often be found dancing around his house with the music blaring.